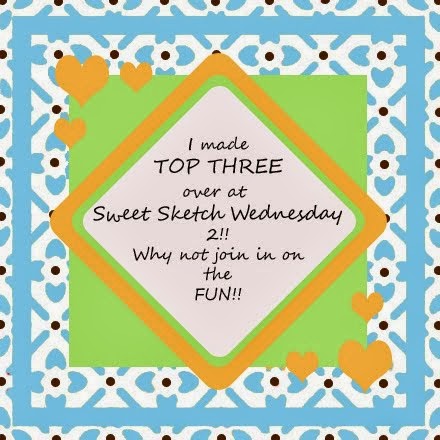 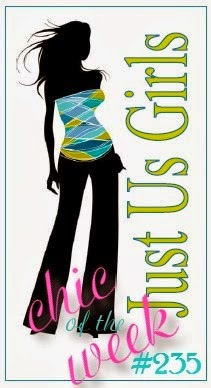 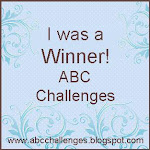 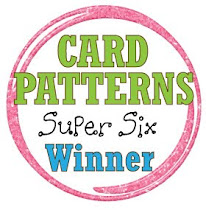 A champ’s story, told in trophies

I love the theme this week at Papercraft Star ...

I had imagined I would make something frothy and shabby, a key to a heart or some such thing.  Look at this gorgeous inspirational picture ! 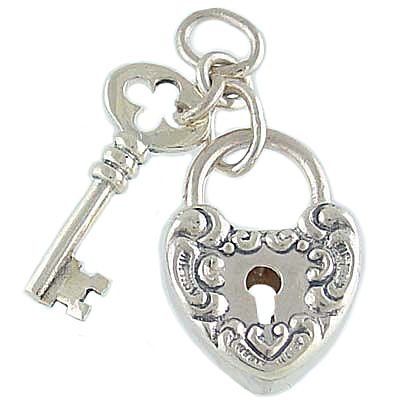 I even had the sweetest paper picked out, and then somehow, somehow, it turned into this ! 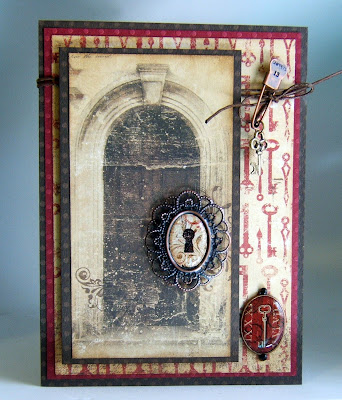 I never know how these things happen, all thought out one way, and then turning out so amazingly different.  I really like it, but that haunting question remains ...

who made this anyway ?

I know you can come up with a gorgeous idea, all so sweet and locket-y, come on along with us at Papercraft Star this week, and link up your creation !

The Kraft Journal challenge this week is "Clean and Simple."

Oh, these cards are so difficult for me.  I always have 42 things that would be perfect on them, and I have to slap my own hand to keep from adding them.

This card began as a Lunch Bag Kraft Notecard.  I rounded off the bottom corners, inked it, and added a sentiment sticker and a border of leaves.  It was finished off with Earthy Hemp Cord, one of my favorite items !

Join us this week at The Kraft Journal for this fun challenge !!

A world gone away

Frilly and Funkie - a fall palette 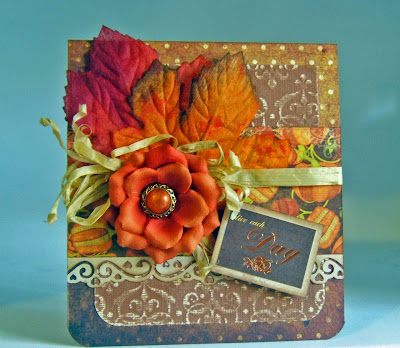 For those of you who were wondering whether my daughter Brie had her three-peat for Oregon's Mid-Am ...

Brie is now the top ranked woman in Oregon, and we are hoping she will be named Oregon's Golfer of the Year next month !

and a STAR theme !

I had a completely different idea of where I was going to go with this when I dreamed up this challenge ...

Why, oh why, do I always wander off into something so far off ??

Well, here it is for this week's challenge... 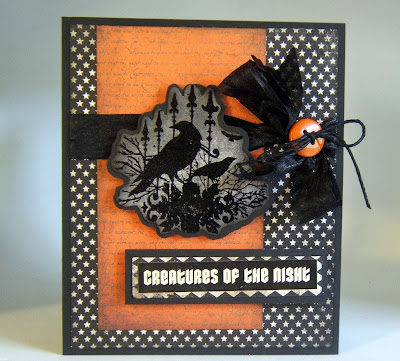 Another very simple card.  And I cannot get the Halloween out of me yet !

Stars are such an easy theme -  a sticker, a stamp, some paper, a die cut.  What kind of starry eyed things do you have ?  Whip them out, and join us this week at Papercraft Star !!!

The challenge at The Kraft Journal this week is ... 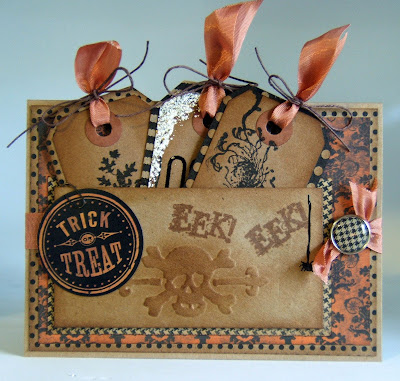 The card began with the Lunch Bag Kraft Cardstock, and design paper from the Kraft & Black Card stock pad.  More design paper was layered on top, some Gypsy Market seam binding and a pocket made from the envelopes included in the Lunch Bag Kraft Cardstock packet.  The tags, Small Kraft Shipping Tags,  are backed with more Kraft & Black Card stock pad paper, and finished with the same seam binding and  Earthy Hemp Cord.   I added some stamps, some distress embossing, stickers and ink to just about everything remaining. !!
Layering is always so much fun, it gives your project more pizazz and depth.
This is a good time to link your layered project up over at The Kraft Journal - hope to see your creations there this week !!

She seemed an angel

Today's post is going to IBSIC,
using this sketch ! 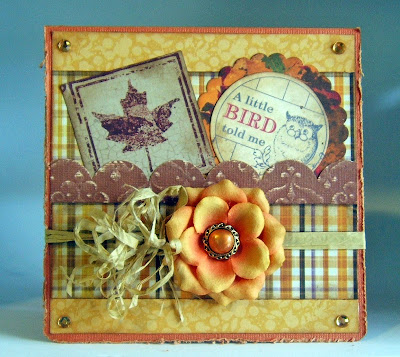 Woke up this morning to find our local paper had done a story about my daughter, what a lovely surprise !  She is on her way to Black Butte Ranch in central Oregon, to defend her Oregon Mid-Amateur title.  She has won the Mid-Am two years in a row, will she make it a third ??

The theme this week at Papercraft Star is 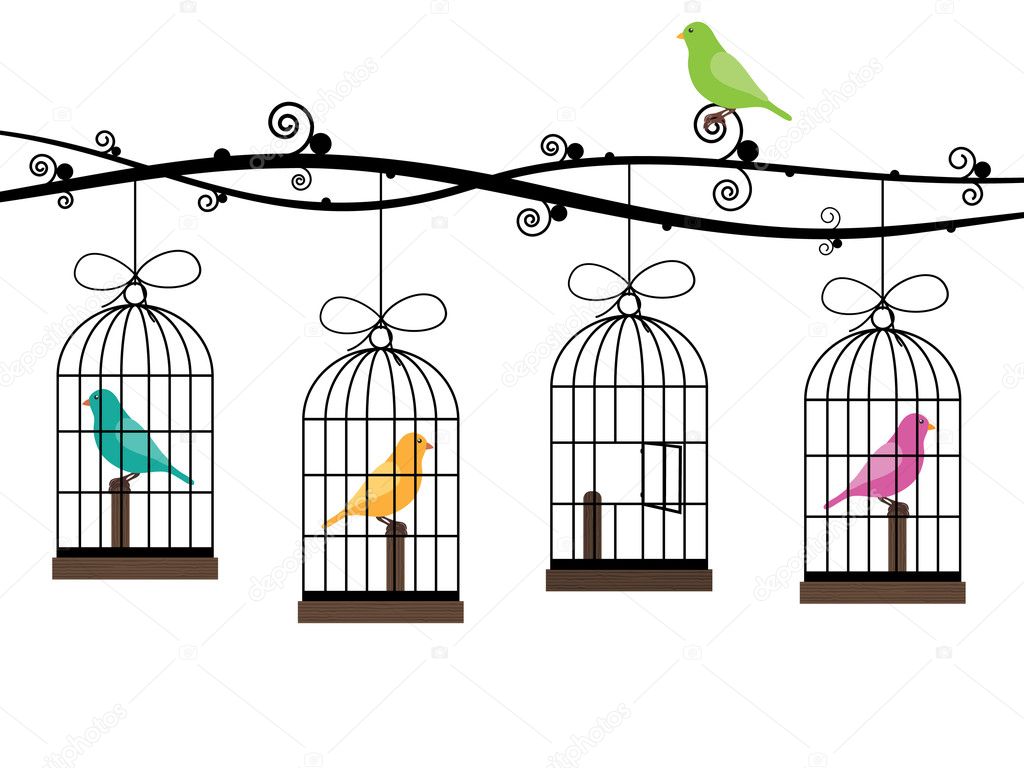 I am ashamed to admit that there are a dozen birdcages strewn about my house, not a bird in sight.

This week I am the featured designer, and here is what I did with my goodies from theHouseAcrossTheBay 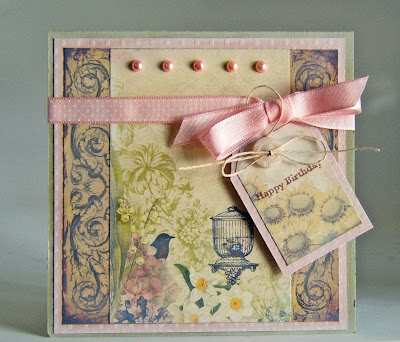 This is very very soft to look at, the picture here is not faded, and may in fact be even brighter than the card !
I used a lovely white ink to soften all the edges.

I know you have a bunch of birdcage paper, or stamps, just as I do - why not pull it out and join us this week at Papercraft Star ?  You could win these digital papers, or your choice from our sponsor - hope to see you there !!!

Don't forget to pop in over at The Kraft Journal and link up your card for this week's challenge,  Autumn Colors.

Here is my tutorial from The Kraft Journal this week.  I am discussing cards for men.

Everyone seems to have real difficulties with these types of cards.  Today I have some help for you with size, colors, themes and shapes/angles.

Sizes – Keep to the standard sizes or larger, as the smaller ones tend to appear dainty

Colors – Over the years, studies have shown that men like blue, green and black the best.  Gray and brown also work well with almost any splash of color.  Consider using a darker color for your card stock.  Conservative seems to be his thing !

Themes – Avoid themes in design paper and stamps that don’t reflect his interest.  Too often commercial cards, and some paper “for men” act as if every man is interested in golf, grilling, plaid, mowing the lawn, or watching tv.  Very few men wear neckties on a regular basis, but Father’s Day cards haven’t noticed !  Yes, it may take a little extra work coming up with something he really enjoys, but if you need something quickly,  you can always rely on a neutral theme, like the card below.

Shapes/Angles – Keep a male card simple in shape.  A standard rectangle card is just dandy for him, and the extra work you expend on a fanciful shape will not be appreciated.  Right angles are pleasing to his eye, as is texture. 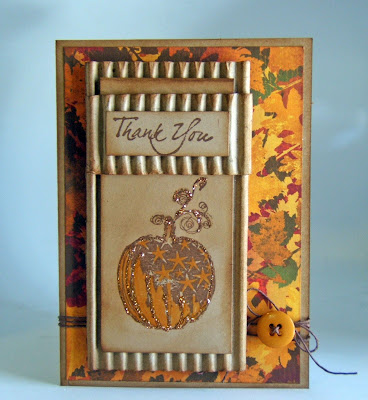 Next month I will cover paper, stamps and fonts.

City Crafter Challenge is one challenge I don't get to play as often as I would like to !  But this week, their  challenge is Polka Dots, and I want to be one of their first entries !

Polka Dots are a recurring theme in my work - they just seem to fit about everything don't they ... 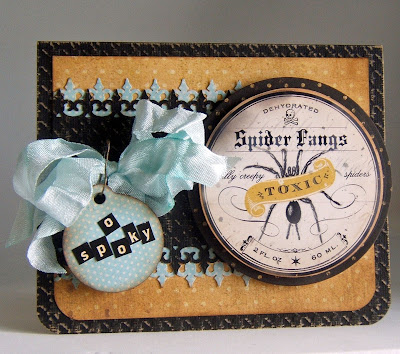 I believe I have mastered that polka dot challenge !

I have been working on holiday cards for a bit now - and having a 4 year old grandson means Halloween is a big huge deal.  He chose some Halloween paper plates and napkins for his lunches and snacks from now until then.  The napkins have pumpkins piled on top of each other and he said to Dom

and yup that is what it looked like too ...

Fall is just around the corner, and I can't wait !!!

I am not a girly girl, and neither is my daughter.

But every so often I create a girly kind of card, and once in awhile I give them to my daughter for her birthday.

Papercraft Star has a "girly" challenge this week.  I always think of that as being lacy, frothy, pink, something like that.

Here is our photo inspiration ! 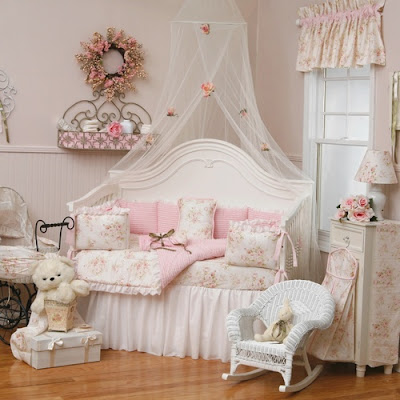 My card isn't quite that shabby chic, but since it is for my daughter's birthday this year, well it should do just fine for a girl. 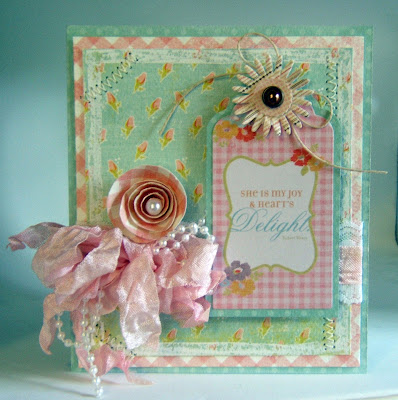 One thing I did on this that is a little different is that I put correction tape around the flowered paper, and then scraped some of it off.   I also sewed in a couple of unusual places.

Everyone has a card within them that screams GIRL !

Join us this week at Papercraft Star - we are all girls there !!

But I can't hear what you're saying

It has been a few days since I made something just for fun.  Well of course, making things for design teams IS fun, but today is just for a change!

JUGS has a great and simple sketch ... 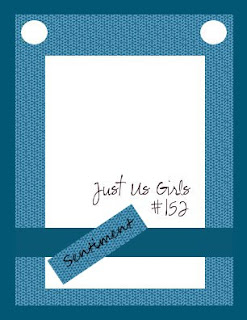 and City Crafter Challenge is monochromatic ... 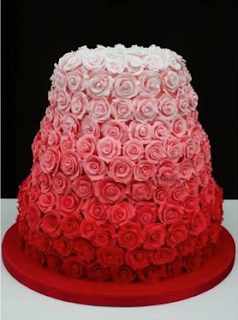 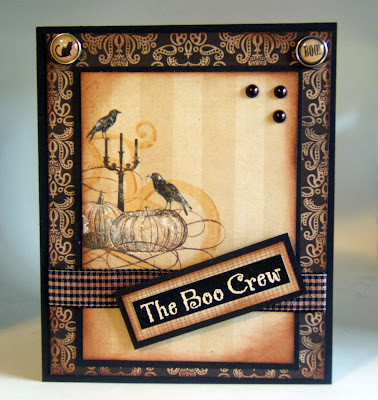 I have never received a Halloween card, have you ?
Sure have given out a bunch of them though !!

The Kraft Journal - Shape it Up !

This week our theme at The Kraft Journal is
Shape it Up !

I don't do shaped cards very well.  They always turn out looking like a poorly skilled child has done them.  So, this week I decided to make a little teeny treat box for Halloween - square is a shape, right ?  At least it is 3D, lol. 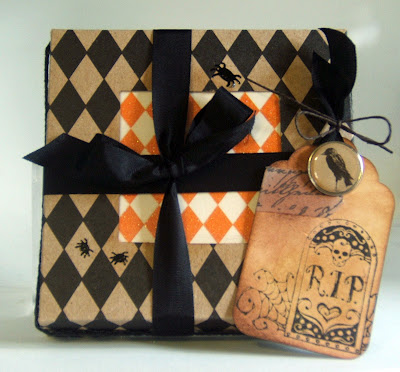 The box was made from the Kraft & Black Card stock pad, with the center cut out and covered from the inside with clear craft plastic, and some design paper. The lid has sequins around the edges.  The little box was completed with some scary spider stickers, and Gypsy Market seam binding.  The stained grungy tag was made more grungy with some ink, and a stamp, some tape, a crow brad were added, along with Gypsy Market seam binding, and Earthy Hemp Cord.

I love that little r.i.p. stamp.  The box I made using a scorer, wow, that went together in about two minutes !  The quality of the paper in this card stock pad is really top notch, and lends itself to a box beautifully !


From the Kraft Outlet - the card stock, the seam binding, the tag, and the hemp cord